Tampa/Florida Chapter 7 Bankruptcy and What Happens to Liquor Licenses 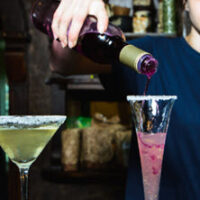 Many bars and restaurants that open in Tampa end up having significant financial difficulties, and many end up realizing that they have more debts than they can adequately manage. In some cases, restaurants and bars may be able to reorganize their debts through Chapter 11 bankruptcy, which also allows the business to keep its doors open for customers. In other situations, however, owners of these establishments come to the realization that their profits are not sufficient to keep their doors open. For those business owners, it is often prudent to consider Chapter 7 bankruptcy.  Chapter 7 bankruptcy for a business is a formal way of dissolving the business and “walking away” for the  principals.  Of course this does not mean that the principals will not have issues with debts that they  have personally guaranteed.

When dealing with liquor licenses in Chapter 7 bankruptcy, both Florida state law and federal bankruptcy law will affect the case. The first question that a bankruptcy trustee or a debtor-in-possession must ask is whether the liquor license is classified as “property of the estate” under the U.S. Bankruptcy Code (11 U.S.C. § 541). It is important to note that liquor licenses are different from other types of assets that a business can have since they need to get approved by a state government. And, generally speaking, the party in possession of the liquor license can have it revoked under certain circumstances. However, when courts have addressed the issue, they have tended to agree that liquor licenses are “property of the estate” as it is defined under the Bankruptcy Code.

To be clear, if a bar or restaurant only wants to sell beer and wine, then it can obtain a license from the Florida Division of Alcoholic Beverages and Tobacco. However, if it wants to sell cocktails and spirits, then it needs to obtain one of these “coveted” liquor licenses. In some cases, these licenses can go for tens of thousands of dollars, and sometimes more.

Transferring a Liquor License in Florida

While U.S. bankruptcy law plays an important role in determining whether liquor licenses can be considered property of the estate in a bankruptcy case, Florida state law (Fla. Stat. § 561.32) governs the transfer of liquor licenses. When liquor licenses are being sold or transferred as part of a Chapter 7 bankruptcy proceeding in the state, Florida law specifies that transfer fees (which can otherwise be costly) are waived, but the license renewal fee will still apply.

Bankruptcy for restaurants can be complicated, especially when there are questions about the sale or transfer of a liquor license. An experienced Tampa bankruptcy attorney can answer your questions today. Contact Samantha L. Dammer to learn more about how we assist restaurant and bar owners with bankruptcy cases in the Tampa Bay area.