When you file for Chapter 13 bankruptcy in Tampa and agree to surrender your home in conjunction with your repayment plan, can you go to a state court to keep your house? In short, the answer is no. Yet this is a question that is turning into a serious problem in South Florida, according to a recent article in the Tampa Bay Times. And when Tampa residents attempt to use state courts to override the terms of their Chapter 13 repayment plans, federal bankruptcy courts can take action.

Failing to Surrender Property After Filing for Consumer Bankruptcy

Many Florida residents, including those in the Tampa area, have been attempting to “game the system,” so to speak, when it comes to surrendering property as part of a Chapter 13 bankruptcy repayment plan. And, according to the Tampa Bay Times, bankruptcy judges are beginning to invalidate those repayment plans as a result.

In response to the homeowner’s actions, a Tampa judge, Michael G. Williamson of the U.S. Bankruptcy Court for the Middle District of Florida, “threw out . . . the bankruptcy case.” As Judge Williamson explained, “at a minimum, ‘surrender’ means a debtor cannot take an overt act that impedes a secured creditor from foreclosing its interest in secured property.” Since Williamson’s ruling in Tampa, other South Florida judges have emphasized that debtors who file for Chapter 13 bankruptcy and don’t play by the rules could risk the revocation of their repayment plans.

What does it mean to reorganize debts? In short, debtors will come up with a repayment plan through which they’ll repay some or all of their debts in a set period of time (usually between three and five years). Under the terms of the repayment plan, creditors will receive at least the amount of money that they would have received if the debtor had filed for Chapter 7 bankruptcy. When a bankruptcy court confirms a repayment plan—as it must do before the plan takes effect—it will consider the debtor’s income, assets, and ability to repay specific debts in the manner detailed in the plan.

While all creditors typically won’t receive full repayment of debts under the repayment plan, this type of bankruptcy offers a number of benefits for Tampa residents, including but not limited to:

– Maintaining possession of nonexempt property;
– Stopping a foreclosure;
– Stopping interest from accumulating on certain debts; and
– Catching up on late payments.

Why would a Chapter 13 bankruptcy result in a debtor giving up a house? Thinking about the recent story in the Tampa Bay Times, we can see that bankruptcy law allows a debtor a relatively large “wild card exemption” if that debtor is willing to surrender certain real property that might have been exempt through the Florida homestead exemption.

Depending on where you live, you may be able to use federal exemptions or state-specific exemptions. When Tampa residents file for bankruptcy, they’re eligible for Florida’s bankruptcy exemptions. An exemption simply refers to an asset that you can keep in bankruptcy—it won’t be subject to liquidation or be taken into account in a Chapter 13 repayment plan. The homestead exemption is very generous in Florida. However, depending on a debtor’s specific circumstances, it could be in her best interest to surrender the property.

If you have questions about filing for Chapter 13 bankruptcy, you should contact an experienced Tampa bankruptcy attorney at Tampa Law Advocates, P.A. 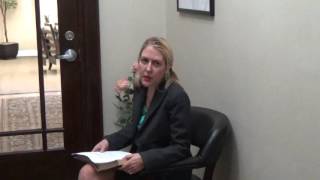